When you book with an account, you will be able to track your payment status, track the confirmation and you can also rate the tour after you finished the tour.
Sign Up
587
Cairo Air port
Cairo Air port
DetailItineraryMake your own TripMapOur Policy

Explore the ancient Egyptian monuments of Cairo and get an impression of the current life in Cairo. Which are among the oldest and most impressive testimonies of human civilization. Visit the gigantic pyramids of Giza and the Egyptian Museum and Coptic Cairo Tour and much more ensure activities ensure that your stay will be varied and enjoyable.

The Bent Pyramid
Dahshur is a relatively isolated place south of Giza. Few tourists visit Dahshur, despite the fact that its two pyramids are rather impressive. The curved pyramid is 90 m high and is the fourth largest in Egypt. It was built by Senefru, the father of Cheops (the builder of the Great Pyramid).

The Red Pyramid
The Red Pyramid, whose constructions represent an elaborate evolution that marks the transition from the stepped pyramid, like that of Djoser in Saqqara, to the pyramid with canonical lines. The red pyramid, 105 m high, The entrance was made of red granite.

In the Morning your tour guide and driver will pick you up from your hotel in a private, air-conditioned vehicle to start your incredible tour to visit as follow…

Egyptian Museum of Antiquities
you will continue your excursion with a visit to the Egyptian Museum, where there are antiques from the Pharaonic period. The museum exhibits a rare collection of 5000 years of art, considered to be the most valuable collection of Egyptian art in the world. More than 25,000 antiquities are on display, including an exhibition devoted to Tutankhamen’s Treasure, furniture and jewelry, kept in his tomb for more than 3,500 years before Howard Carter discovered them in 1922.

Mosque of Amr ibn al-As
The Mosque of Amr ibn al-As in the oldest mosque on the African continent. Its origins date back to the year 642 when the territory of Cairo was occupied by Fustat, the capital of Egypt which at that time had been recently founded.
Then Proceed to have your lunch at a local restaurant.

After this you will be transferred to Cairo airport for your flight home. 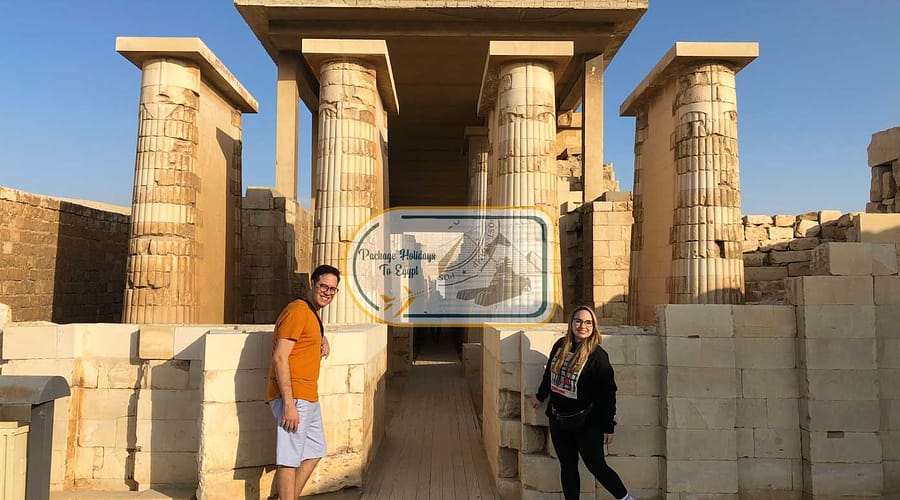