Discover from our hand of specialists in package holidays to Egypt this wonderful country. We offer you a range of tours, offers and trips to Egypt so you can find the one that best suits your taste. All our package holidays in Egypt already include the essential visits for your holiday to Egypt. You can also Tailor Made Holidays Egypt and choose tailor made Egypt holidays 2022/2023 that best suits your needs. In our tours you will find the best value for money.

For your Egypt tailor made and trips so contact us to get the best of travel package deals to Egypt and we offer Egypt itinerary is very flexible and can be further tailor-made according to your dates so feel free to change the itinerary based on your dates and enjoy the best rates and services, remember they live there and they understand you. 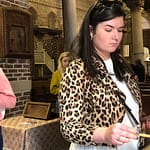 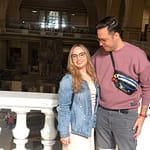 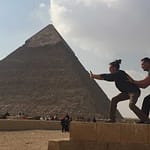 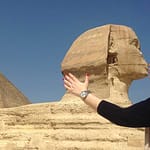 You can choose travel packages to Egypt by country

Advice to help all travelers to Tailor Made Holidays Egypt

Our Egypt itineraries include the must-see places to visit when you travel to Egypt. They will take you to Cairo, a historical city, in constant change but that keeps in its heart a historical legacy that will transport you to another era. The Khan el Khalili market, ideal to get lost in its narrow streets to shop or relax in one of its cafes, as once did Naguib Mahfuz, Nobel Prize winner in literature. Visit the Coptic Quarter, the Egyptian Museum, the Alabaster Mosque or the Citadel of Saladin. Visit the famous Alexandria, Mediterranean and wonderful. The Pyramids of Giza (the great pyramid of Cheops, Kefren and Mykerinos) the only one of the seven wonders of the ancient world that is preserved, will exceed any idea that you had made of them, great. And the great Sphinx of Giza.

The Nile River cruise can be 4 or 3 nights, on this river cruise you will enjoy the magnificent views during the navigation on the Nile River, the contrast of the landscapes between the green and the desert. The rural way of life as opposed to the urban Cairo. During this wonderful cruise your holiday in Egypt.

In the Temple of Luxor, a temple that brings together four civilizations in the same temple (Egyptian, Greek, Roman and Coptic). The great temple of Karnak, with its famous, magnificent, hypostyle hall of 134 columns, considered a World Heritage Site by Unesco. We will not miss traveling along the west side of the Nile River bank, where the sun sets and where they buried their pharaohs, the Valley of the Kings, which has the most famous tomb in the world, the tomb of Tutankhamun. From this magnificent city it is possible to make an optional visit to Denderah and Abydos. Denderah temple dedicated to the goddess Hator, has a replica of the signs of the zodiac, as the original was unfortunately taken away and today is exhibited in the Louvre. Abydos temple of Seti I some of its corners still allow to enjoy its wonderful original painting after so many years of its construction.

The temple of Edfu, the best preserved Roman temple, dedicated to the god Horus, the falcon god, son of Isis and Osiris. This temple is reached by horse-drawn carriage. Also visit the temple of Kom Ombo. This place was dedicated to Sobek and Haroeris, has a wall with a bas-relief of surgical instruments. Some of the pieces that are engraved are no longer used in surgeries, but there are others that are still used today. It is intriguing to know if the engravings of this material, which today we know has a surgical use, are a prophecy or evidence, since they are represented almost perfectly as a sample of what in later times man would use; but everything leads us to believe that they are proof that these utensils were used by this ancient culture. The Egyptians are well known for the elaborate mummification process they practiced, and for that they applied methods that today only medical science could explain.

Upon arrival in Aswan you will enjoy the most relaxing scenery of your holiday to Egypt, where you will take the best ride on the Nile, with a falucca, Egyptian sailboat. The Philae temple dedicated to the goddess Isis, located in Aswan on an islet of the Nile River. The set of temples of Philae is part of the Open Air Museum of Nubia and Aswan, declared a World Heritage Site by UNESCO in 1979. Also from Aswan we can make one of the best visits to the magnificent temple of Abu Simbel, where we will enjoy seeing two temples, one of the Pharaoh Ramses II, where the miracle of the entrance of the sun happens twice a year in his sanctuary, once on the day of the birth of the pharaoh and again on the day of his accession to the throne. A few meters away there is the wonderful temple, given by the Pharaoh Ramses II, to his wife Nefertari, the most beautiful of them all.

Once you know the basic itinerary Egypt of your Egypt Tailor Made Holidays you can also complement it with an extension to the Red Sea, Hurghada or Sharm El Sheikh, ideal for lovers of diving or beach sports. Also just to relax and enjoy the beach.

Another way to continue your trip could be the Lake Nasser cruise. This cruise starts in Abu Simbel and ends in Aswan allowing you to see, apart from the impressive sound and light show of Abu Simbel, the temples that have been saved from being submerged in Lake Nasser when the Aswan Dam was built. These are the temple of Wadi El Seboua “the valley of the lions”, the temple of Kalabsha, dedicated to the god Mandulis, the temple of Amada built by Ramses II, and the tomb of Pennut among others.

Ask about tailor made holidays in Egypt

How much does an Egypt trip cost?

You want to spend Egypt trip and want to plan a travel budget?

Egypt is a classic mid-range destination and so after just a few hours you can already enjoy the sun. History, culture and so many great things to do! Let’s go, discover Egypt with all the incredible facets it has to offer. You can fly to the popular Red Sea resorts via Hurghada (HRG), Marsa Alam (RMF) or Sharm El Sheik (SSH) airports.

Why may a customer choose a tailor made holiday?

tailor made a trip gives you the choice and flexibility to stay in the destination (or destinations!) you want, for the money you have available. Private and comfortable car with your own driver who is always ready to transfer you to the next destination. The choice of hotels is up to you. We can suggest hotels with good location and price. The choice of restaurants is up to you. Take the chance to try some local restaurants if you want.
Affordable price ensuring the unforgettable travel experience

How much does it cost to go to Egypt for 2 weeks?

You want to spend 2 weeks in Egypt and want to plan an egypt tailor made tours?
Limited budget starting from 1250 USD per person.

Package holidays to Egypt, we offer trips to Egypt, we address all travelers who are in any region of the world. We will give you an excellent service from the moment you visit our website, with personalized customer service and monitoring of your budget via email, WhatsApp and telephone. Our great variety of tours in the Egypt, allows us to offer you from the most famous and touristic places to the most hidden and special ones. Now and without commitment ask us for our promotions and travel packages most recommended or any additional excursion you want to add in your budget and ask us without obligation.

Quality is our priority

We are super keen to be everything clear and nothing hidden and no surprises during your trip. We ensure you an authentic and enriching experience that you simply could not have lived on your own.

We working to make a balance between the good price and excellent services as it will be 5-star luxury accommodation and services everywhere.

Our main site is in English language, but we provide tour operators who speak Spanish, Italian and Chinese in order to facilitate effective and clear communication with our clients.

We accept online payments in all currencies and our system is fast, easy and secure. You can make an online payment to us via credit card (Visa™ or MasterCard™ card are accepted) or bank transfer.

We ensure your tours are on a private basis you decide where to go when to go and where to stay.

The provided services will be luxury services from A to Z, with luxury transportations, and experts qualified tour guides.

We offer itinerary is very flexible and can be further customized according to your dates so feel free to change the itinerary based on your dates.

A fascinating journey to the origin’s civilization of Egypt. 7000 years of history, culture and experiences are waiting for you. The best way to take advantage of them? With organized trips through Package holidays to Egypt.